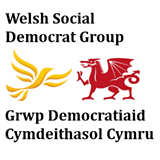 The Social Democrat Group at UK level was formed some months back with the aim of working with social democrats in and beyond the Liberal Democrats and to build links with them.

At the first fringe meeting in York in the spring of 2016 ( here for a recording) , people asked why another group was necessary when there already existed the Social Liberal Forum (SLF).


Merger resulted in the SDP effectively
splitting down the middle.
The vote between Jenkins and Owen for leader of the party was very near in proportional terms the same as the votes cast on whether the SDP should merge with the Liberals or not.
So it effectively came to pass that nearly half the social democrats did not join the merged party.

Fairly soon after the parties merged in March 1988, there was a lot of controversy about the party’s name – ‘Social and Liberal Democrats’.
Within a relatively short period of time there was extensive agitation and debate about it and in fact the issue was becoming a distraction as the new party was trying to emerge as a new force in UK politics.

I was a member of the National Committee of the SDP for most of its existence and after for four years in the Liberal Democrats until 1992. In 1989 it was decided to place a recommendation before the members at the October party conference of that year to drop the word ’Social’.


Along with the majority of social democrats I felt it was vital that the newly merged party moved on from the inward looking debate over the name!.
So many former members of the Social Democratic Party (SDP) agreed that the short name become the ‘Liberal Democrats’.
For me it was no great deal because I had always considered myself as a Lib/Lab. I spoke at conferences on the issue more than once.
At the time some I did have a fear that this might mean that eventually we would be called Liberals and that the SDP heritage would be forgotten and side lined. Under the leadership of Paddy Ashdown and Charles Kennedy I knew that would never happen. The reality was that well into the 1990s, and this was most definitely the case in Wales, the influential voices came from the SDP side of the Alliance and the early years of the merged party.
By the mid 1990’s I had no further dealings with politics until the May 2015 and upon my return it soon became apparent to me that I now was in a different scene altogether. Nick Clegg had moved the party towards ‘economic and market liberalism’ and not only was social liberalism being side-lined but most definitely the use of the term ‘social democracy’.

Increasingly over the last nine months – ever since the leadership contest between Farron and Lamb in fact – far too often to my liking members party members refer to themselves as Liberals and talk about Liberalism so sure enough, increasingly, we are being called Liberals. I haven’t liked it and made my views known to senior members of the party and in contributions on social media as well,

The Welsh Social Democrat Group therefore aims to promote social democracy within the Welsh Liberal Democrats and also to salvage and develop social democratic thinking within the party hierarchy and membership.
But we will also aim to build better relations with social democrats who remain outside the party, in Labour, Plaid Cymru and the Greens.
Personally I am a strong advocate of a Progressive Alliance in order to combat the Tories at the next election.
At UK level George Kendall, the chair of the parent group committee, along with others have already started building links with the Labour blog ‘Labour-Uncut’, and it recently published one of George’s articles.

Here in Wales we hope to build relations with all centre-left groups.

We’re a Lib Dem group, and anyone with full membership is a Lib Dem member. As far as we are concerned, anyone who thinks of themselves as a social democrat, and agrees with the values of the preamble of the party constitution, is a social democrat. Those who aren’t members can become associate members.
While we don’t exist to promote specific policies, we want to help the development of social democratic thinking, both in and outside of the party. However, we will be facilitators not a pressure group.
I have no doubt that there are many social democrats looking for a new home, group or movement to coalesce around.

Posted by Gwynoro Jones at 09:26:00
Email ThisBlogThis!Share to TwitterShare to FacebookShare to Pinterest

Although a strong believer in Progressive Alliance in UK and Welsh politics I voted against!

I voted No because of the way it had all been orchestrated and the hypocrisy of the situation party members were being asked to support!

I am still reflecting on yesterday's ‪#‎WelshLibDems meeting. Some 100 people out of a membership of around 3000 present! That is No endorsement at all ! Truth is only the 'fan club' were present!!
Nevertheless a crucial decision taken. I voted against not because‪  ‎Kirsty Williams is  joining a Wales Labour cabinet - in fact as a former Labour MP and social democrat it is good news. Being a believer in a‪#‎progressivealliance in UK and Welsh politics
‪#‎WelshLabour ‪
I voted against because of the hypocrisy of the situation party members were being asked to support!
Just hear this:-
'17 years of continuous Labour Government and they have failed to even get the basics right'
There's more -
Don't blame devolution because the Welsh Government hasn't delivered; don't blame devolution that the people's voices remain ignored; don't blame devolution for 16 years of falling standards'
BLAME LABOUR
Not
‪‎Leanne Wood nor ‪‎Andrew RT Davies not even ‪‎UKIP Wales
NO!
Kirsty last few weeks!!
Truth is the Welsh Liberal Democrats is a party struggling with its organisation, strategy identity and future. Yesterday over four hours of debate doubt if the name Liberal Democrat was used half a dozen times – but ‘Liberal’ whether as an individual, organisation and values and policies mentioned endlessly. I thought I was back in the Liberal Party of the 1970’s! That is where we are now in electoral terms too!
Good AMs lost their seats, up to 20 staff made redundant BUT never mind one person came shining through. I am greatly saddened over the state of the party.


The remorseless pursuit and implementation of the ' Cult of personality' politics and strategy for over a decade has brought the Welsh Lib Dems to this point I am afraid.
Posted by Gwynoro Jones at 08:24:00
Email ThisBlogThis!Share to TwitterShare to FacebookShare to Pinterest

Will Welsh politics ever be truly exciting again?

Before the Final Welsh Barometer poll was published yesterday evening I made my own seat forecast. I placed it on Facebook and Twitter.

So I was very pleased that my feelings about Welsh party politics were in good order and I was not far off the mark! 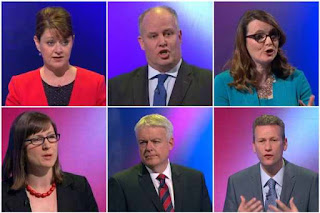 In any case remember that these polls have a margin of error of +/- 3%. In addition turnout will play a part and more importantly how will the parties measure up in getting their core supporters out to vote.

So there could well be surprises later on in the early hours of Friday morning.

But what is interesting is that despite all the Assembly deliberations, and the campaigning by all parties since last year’s General Election, political opinion in Wales has not experienced significant upheavals.Of course the emergence of UKIP over the last few years has changed the political landscape.

After the May 2015 General Election I posted on my blog my views on the then state of Welsh politics under the heading ‘Wales remains Steady as she Goes after the Election’. 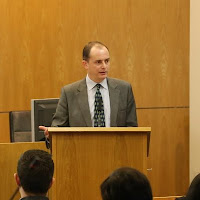 In that post I highlighted some reasons for this including:

‘Less than 5% of people in Wales read a Welsh newspaper

All food for thought as you all vote today.

My next few posts will I am sure deal with the aftermath of tonight’s result. Without doubt we are we are in for interesting times!