So Nick Clegg is to receive his Knighthood

As honours go he fully merits it both as Deputy PM, his Parliamentary contribution and as a hard working constituency MP.

However I prefer to link the honour being fully justified in recognition of the outstanding work he’s doing in alerting the country of the dangers of Brexit.

Ever since it has been publicised that Nick Clegg is likely to receive a knighthood in the New Year Honours list the social media and  not just one or two of the tabloid papers have gone into overdrive as to the merits or otherwise of the pending award.

The difficulty for the Liberal Democrats is that it has reopened the arguments and divisions as to whether or not the party should have gone into Coalition with the Tories in 2010.
Labour Party contributors are rather scathing in their comments but there is also a difference of opinion among Liberal Democrats.

Here is a flavour:

‘’It is right that Nick Clegg gets a knighthood for political service to this country. He put the country before party, by taking the Lib Dems into Coalition. He might have made political mistakes, but he helped to get this country back on an even economic keel’’.

But there is a differing opinion

‘’I gather Nick Clegg is getting a knighthood off this dreadful Tory government. For services to...the Conservative Party. Well, after all, he was largely responsible for very nearly killing off the Lib Dems.  So, from a Tory perspective, he was very successful I guess.’’

I do not propose to continue that debate here. My views on the Coalition years and the misjudgments that occurred and why, were made clear in a post September 15 2015 on this blog.

During the ongoing social media disagreements some highlight the achievements of the Lib Dems as part of the Coalition – being able to fulfill over 65% of the party’s 2010 manifesto promises.

Pupil Premium so that primary school children who need extra help can get it, free school meals for primary kids, more free childcare for under 2s than ever before, more apprenticeship places for 16-18 year olds, taking 3 million low earners and part time workers out of income tax completely and putting over £800 back into the pockets of over 26 million workers, the highest ever increase in the basic state pension (twice), starting the clampdown on tax avoidance by the most wealthy individuals in the country and introducing the Banking Reform Act to stop casino banking

Whilst others who were, and still are, critical of the Lib Dems supporting the Tories for five years claim that the party was complicit in the introduction of a range of measures that harmed individuals, groups of people and communities including of course the tripling of tuition fees, the bedroom tax, privatisation of NHS services with the Health and Social Care Act, capping of benefits, the Austerity agenda, public service cutbacks and in effect a pay freeze for public sector workers.

That debate possibly could carry on for some time yet by people on both sides of the coalition divide until one day it will run out of the body politic system.  My belief however is that the significance and serious consequences of Brexit will overwhelm all before it in 2018

However what I want to concentrate on here is the importance of the third force (whether Lib Dems, SNP or Plaid Cymru) or indeed any other grouping of MPs, making sure they strike the right agreement with the majority party that is seeking their support in order to be able to form a government.

Policies come and go and can be over turned as do governments and Parliaments but what is permanent is the basis on how the country is governed and the fairness of the electoral system.

In 2010 the Liberal Democrats had a golden opportunity to transform the governance of the United Kingdom by insisting on the delivery of fundamental reforms with an elected second chamber and a new voting system.

By this I mean not acquiescing and being satisfied with the promise of a referendum on AV and the introduction of a bill to reform the House of Lords.

Red lines should have been established by Nick Clegg and the party so that any and failure by the Conservatives to deliver the essential reform on both counts by 2013 would have meant the end of the Coalition.

It is on the issue of reforming the foundations of power, democracy and patronage that I find serious fault with the party’s approach to the Coalition agreement.

A golden opportunity appeared and we were found wanting.

It’s a lesson for any future coalition deal with either Labour or Conservatives and the smaller parties. Ultimately it’s all about power, the authority of the establishment and the governance of the country.

I daresay another opportunity will appear before long, certainly within the next few years.  So the smaller parties have to be clear in what they want to achieve on the reforming agenda, be determined and resolute in their demands and not be side-tracked otherwise else it will remain as always the same old, same old.
Posted by Gwynoro Jones at 13:14:00
Email ThisBlogThis!Share to TwitterShare to FacebookShare to Pinterest

On Friday December 22nd 2017 Brandon Lewis, a Home Office minister announced that after Brexit in March 2019 our passport will be revamped and that the new one will be the “most high-tech and secure we have ever seen” and be more resistant to fraud and forgery. But also I dare say not without great euphoria and nationalistic (English) fervour its colour would revert to blue.
Mr Lewis went on to say:
“Leaving the EU gives us a unique opportunity to restore our national identity and forge a new path for ourselves in the world,”
It was in the early 20th century that passports as would be recognised today began to be used. The first modern British one was the product of the British Nationality and Status Aliens Act 1914 but a few years later as a result of an agreement among the League of Nations to standardise passports, the famous "old blue" was issued in 1920. Apart from a few adjustments it remained a steady symbol of the touring Briton until it gradually began to be replaced by the burgundy-coloured European version in 1988.
So, the first point to note is that Britain’s previous blue colour was itself a foreign imposition and it also stipulated French must be included. In addition overtime the UK introduced some biometric features to comply with American visa waiver requirements.
The whole saga really excited Master Brexit who said that the Blue Passport is the “first tangible victory”, an end to “humiliation”; and a proud expression of our national greatness. Indeed he went further
‘’You can’t be a nation unless you have this symbol’’

To which I responded

‘What nonsense, Wales and Scotland are very proud Nations and their people don’t need a passport to recognise and understand their nationhood’.

Anyway now we know from Master Farage those 18 months after the EU referendum and the recently unfinished details of the phase 1 negotiations it this this paltry and nonsensical claim (‘first tangible victory’) the Brexiteers shout the most about... It’s not much is it?

Not to be out done by Master Brexit enters Madame Brexit herself. She asserted that the Blue Passport was ‘iconic’. Going further she said:

‘’The UK passport is an expression of our independence and sovereignty – symbolising our citizenship of a proud, great nation. That's why we have announced that the iconic will return after we leave the European Union in 2019.’’

A fact that is far too often ignored by politicos, the establishment, the media and so much else.

‘’It is all misleading as well - the EU only stipulated the wording on them and aspects of design; colour can be a matter for the member country. UK could have had ‘blue’ decades ago’’
and that Croatia already has a blue passport!

Of course this delusional little saga is in a long line of made up untruths and lies perpetrated by the tabloid press and the anti – EU politicians for decades. Remember the ‘bent bananas’, end of the ‘British sausage’ and the ban on eight-year-olds blowing up balloons.

By the way many of the array of such falsehoods, made over the years, were often the product of an utterly shameless person now the Foreign Secretary, Boris Johnson..

Sky Data then conducted a poll of a 1050 sample, typical number for most polling, and the result revealed that the great British public is divided on the importance of choosing the colour of British passports as a symbol of national identity.
The survey revealed:
-       Four in 10 people think it is an important symbol, while 60% felt the issue is not important.

Obviously social media and the quality press went into overdrive over the Blue Passport issue.
Finding itself on the backfoot this morning the Home Office hastily confirmed that the UK did voluntarily adopt the common passport criteria from the European Economic Community (EEC) and was not obliged to keep it. So it was not that ‘bad, bureaucratic’ EU Commission after all!
A Government source said

''that the agreement made decades ago resulting in a burgundy coloured passport was not in fact legally binding and that redesigns have been considered around every five years.''

So like Croatia, who notably refused to change the dark blue colour of its passports after joining the EU in 2013, with the interior minister telling local media: “The EU’s position is that there is no obligation.”, the UK could have done the same.

The sorry tale just illustrates what makes Brexit worthwhile to the loudest Brexiteers and that there are indeed strong ‘little Englander’ and ‘dreams of Empire’ undertones to their project. They are quite content to trade the colour of our passports for the guarantee of simple, visa-free travel and the right to live and work in the EU – leaving aside the wider economic benefits of remaining a member.
Posted by Gwynoro Jones at 10:09:00
Email ThisBlogThis!Share to TwitterShare to FacebookShare to Pinterest 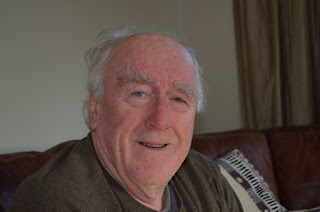