Tuesday January 10 the Wales Bill will resume its passage through the House of Lords and Lord Elystan Morgan continues to attempt to make a fundamental change .

The concept of devolution which espouses principles of domestic rule and subsidiarity inevitably rests fundamentally upon the acceptance of what I would call the ‘watershed’ of justice and reason.

A denial of this watershed is both an affront to common sense but also a betrayal and a devaluation of devolution. 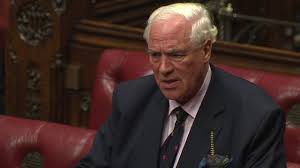 This Tuesday January 10th  2017 Lord Elystan Morgan is proposing an amendment to the Wales Bill to direct the Secretary of State for Wales to establish a Working Party to report to Parliament within 3 years as to the operation of the reserved powers retained by Westminster under the bill - particularly those matters which can properly be regarded as belonging to the province of the devolved Parliament.

The function of the working party would be to winnow out the dozens of trivial matters whose inclusion in the Reserved Powers list is an affront to Welsh nationhood and would never have been considered in the 1950s in the context of a British colony in the Caribbean or Africa.

‘I venture to think that the proposed amendment is of the most crucial importance to the Welsh devolution settlement in that it seeks to correct a fatal flaw in the heart and cornel of that settlement.

The concept of devolution which inevitably espouses principles of domestic rule and subsidiarity inevitably rests fundamentally upon the acceptance of what I would call the watershed of justice and reason.

This is no more and no less than an acceptance that while certain matters belong inevitably to the mother Parliament (Westminster), such as succession to the Crown, Defence and Foreign Policy; the vast bulk of the remainder are matters which palpably belong to the jurisdiction of the devolved parliament (the Welsh Assembly).

A denial of this watershed is both an affront to common sense but a betrayal and devaluation of devolution.

This is what exactly what the bill creates in Wales when functions such as liquor licensing (devolved to Wales in 1881) and the organisation of charitable collections! are set amongst the Reserved Powers.

I would expect the Working Party to report to represent the broadest interests in Wales both socially and politically.

If the Secretary of State wishes to have a working party ‘off the shelf’ he could do no better than invite the Silk Committee to sit again, remembering that this distinguished body represented all political opinions has reported twice – unanimously and constructively – upon Welsh devolution.
Posted by Gwynoro Jones at 19:28:00
Email ThisBlogThis!Share to TwitterShare to FacebookShare to Pinterest

Why has it arisen?

What are the implications?

What we have is a diminution of the powers we once had and it is a Devaluation of Devolution.

In July 2014 the Supreme Court, presided over by the Lord Chief Justice Lord Thomas of Cwmgiedd, was required to decide upon the crucial issue of exactly where the boundary lay between Westminster and Cardiff in relation to devolution.

The matter before the court was the desire of the Welsh Assembly to pass its own legislation in relation to agricultural workers wages in Wales. 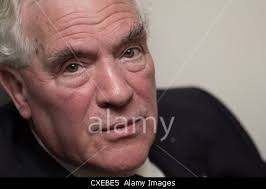 The case for the Westminster government, presented by the then Attorney General, was essentially that a decision as to wages belonged classically to the field of employment.

The Supreme Court found differently and said that whenever there was in any one of the twenty fields of devolved authority an intention to transfer substantial powers to Wales, then unless there was a specific exemption to that effect, all other powers belonged to the Welsh Assembly.

This is what the Supreme Court called the ‘silent transfer’.

The consequence of the ruling was mindboggling in that :

-     It was clear that huge areas (hitherto ‘silent’) had in fact been unwittingly transferred to the Welsh Assembly;

-       That in many other areas there could have been no certainty that matters had not in fact been transferred.

The current Wales Bill settlement proposal and controversy therefore emanates directly from that uncertainty and that the devolution that will be enjoyed by Wales when and if the Bill receives the Royal Assent will be much less than that day the Supreme Court judgement was given.

Whether that diminution of devolution authority will be of the order 10% to 30% is highly debatable but on any view it will be substantial.


So what we have therefore is a diminution of the powers we once had and it is a devaluation of devolution.
Posted by Gwynoro Jones at 18:20:00
Email ThisBlogThis!Share to TwitterShare to FacebookShare to Pinterest
Newer Posts Older Posts Home
Subscribe to: Posts (Atom)