The Forgotten Decade - political and industrial upheaval in 1980s Wales

With the publication of The Forgotten Decade, videos that were made in 2016, and have remained 'private' on my YouTube channel will now be made 'public'.

The video in this post is about events leading up to the 1983 General Election. 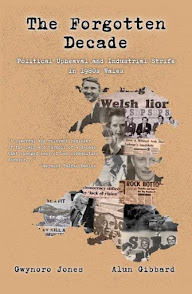 Whilst the book covers a wide range of events in Wales, the UK and internationally that happened throughout the decade, there is also a sizeable portion which is centred on the SDP in Wales and its Alliance with the Welsh Liberals.

The videos are the story of the SDP in Wales.

There are some eight in all. All of them were recorded live in 2016 and are uncut or edited. No pre recording preparation took place for any of them it was just my on the spot recollections of events. Because of that, inevitably there will be some errors of fact regarding personalities, events, dates and timelines.

The authentic record is chronicled in the book. Until some months back, minutes, policy papers, press cuttings, conference material and many more (some 15 boxes ) followed me as I moved house some three/four times over 40 years. Now however they are at the Wales Political Archive.

The book took Alun Gibbard and I some two years to complete. 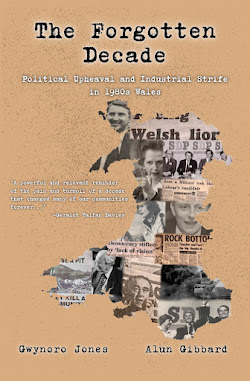